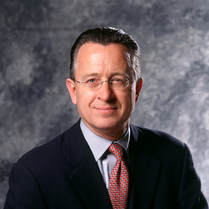 Jim is a successful senior executive in the software and communications industries, with expertise in technology-enabled business and consumer platform businesses.

Jim's executive experience includes Senior Vice President and CIO of the MCI Corporation, where he led product development and systems engineering. At AT&T, he served as VP and General Manager of the Business Communications Group and led the launch of their Internet business activities, including AT&T's first IP network and WorldNet, their ISP. At Lucent Technologies, he served as Vice President and General Manager of the North American carrier business unit. As CEO of Shiva Corporation, Jim executed a turnaround strategy that returned profitability within 18 months and, under his leadership, concluded a successful sale of Shiva to Intel Corporation.

Jim was a General Partner with Blue Rock Capital and an Executive-in-Residence at Kleiner, Perkins, Caufield and Byers. He has served as an independent board member on several public companies. He was a founder, Board member and CEO of Corente, a cloud-based service delivery platform, until its sale to Oracle.
​
Jim received his BA from Western Maryland College and his M.B.A. from Loyola College. He loves his family, his chocolate lab, mountain biking, and searching for patterns in everything.